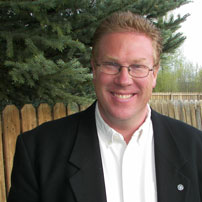 Best Bipod and Optic for an FN SCAR

A gentleman brought his FN SCAR to the range as part of a private lesson last week. The SCAR is a good solid rifle, some say even better than the Springfield Armory M1-A or AR-10. I am a fan. The bull-pup design is excellent for close quarters defense when a heavier bullet than the 5.56 is needed.

So, the SCAR is good carbine, however we were having challenges getting the scope sighted in. Knowing a bit about scopes, I was surprised that when it was right-on at 25 yards, it was about 5 inches high at 100 yards. (1.25 to 1.5 inches high would be expected) I tried a number of tracking tests, and in the end decided that I didn’t love the scope. We also noticed that the bipod was an inexpensive UTG that is better suited for airsoft guns.

Our client wanted better quality accessories, and I offered that I would make a few suggestions.

The intended primary-use of a gun is important when considering accessories. Extended long range shooting is my favorite kind of shooting, however this rifle is not designed to be an ELR rifle. It is designed as a fighting and sporting rifle that is primarily to be used under 300 yards, however can reach out to 800 yards or more. It it not a precision rifle, one-inch groups are acceptable. My client did not have immediate plans for battle use of the rifle, and more likely, he will be using it for sporting fun a couple times each year at the range, likely under 500 yards.

I contemplated a high quality red dot like the Aimpoint or the Trijicon, and I actually think the Trijicon might compete well for the best option. With it’s 308 BDC reticle to 1,200 meters, it is a great choice. I appreciate the ability to have the scope dialed to one-power as a bedside gun with red dot capabilities, and also the ability to dial it up to six or 10 power for longer range fun. This is why I also included the Vortex options. Again, primary-use is of the most importance.

Regarding the bipod, the UTG or a Harris or an Atlas will all work, however a quality gun deserves a quality bipod, thus my choice of the Atlas.

So, those are my “off the cuff” suggestions for the best bipod and optic for an FN SCAR, please reach out if you see any errors in my reasoning or if you have other suggestions.